This was an entertaining affair, a truly local show with local people. The talent on stage was extremely befitting of the heritage that comes with Calder Valley Youth Theatre’s name and reputation, having produced such high quality shows since 1982

It was astounding to see so many vibrant, enthusiastic, talented youngsters performing to such a high standard. Given the cast age ranged between 8-17 years old, it really was remarkable to see the dedication and commitment of the last 12 weeks of rehearsals transform into a spectacular evening.

Jo Smith, the compere for the evening, sustained a warm and comical rapport with the audience. A fantastic programme showcasing individual and full cast talents provided an impressive evening of entertainment. Older members of the cast demonstrated their ability to perform way beyond their years with challenging, heartfelt vocal solos leaving the audience speechless.

The talent didn’t stop there with further dance solos and complex group numbers including energetic routines choreographed by Hannah Lawton.  Bertie Yates, another senior member of the cast, worked his magic on and off stage developing vocal arrangements for the whole ensemble.

As well as the music, there were comedy sketches from some older members replicating a news interview, a Darth Vader sketch and the young cast members performed Albert and the Lion. The humour and timing of delivery was great for such a young production with each member confident and well presented on stage.

Of course whilst the talent throughout the evening was enviable, the show was clearly supported by a team of highly devoted individuals who support at every rehearsal and during shows. CVYT trustees, volunteers and helpers were present during the show and were evidently extremely proud of each and every cast member.

An ambitious programme brought to life by an incredibly capable cast was brought to a moving finale as the whole cast performed ‘Seasons of Love’ with an electrifying reception from the audience.

The audience left in high spirits having enjoyed the evening immensely. 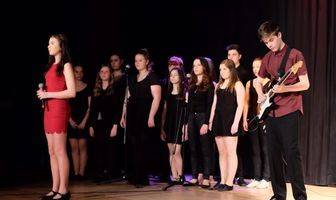 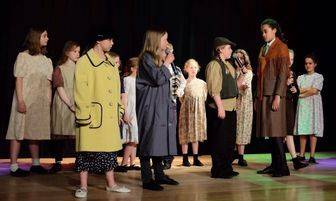